Bridge Development Partners, LLC has announced the opening of a new office in Seattle, Wash., with Justin Carlucci joining as the Partner overseeing operations in the Northwest region.

“We’re excited to have Justin on board to lead our Seattle office and look forward to expanding the Bridge business model into the dynamic and highly competitive Seattle and Portland industrial markets,” said Bridge President Tony Pricco.

Seattle is Bridge Development’s fifth office since its inception 18 years ago. Its first office beyond Chicago was in Miami, Florida, in 2010, followed by office openings in New Jersey in 2014 and Los Angeles in 2015. To date, Bridge has developed and/or acquired more than 22 Million Square Feet of investment-grade industrial buildings, and currently has more than 4.5 Million Square Feet of industrial developments valued at nearly $650 Million under way throughout its core markets.

Bridge has been active in the Seattle area recently. Between 2015 and 2017, the firm developed, leased and sold a 241,140-square-foot freezer/cooler building in Burien, Washington that was the first cold storage facility to be completed in King County in 10 years.

“Seattle is a core industrial market that we’ve been focused on for several years. We are looking forward to providing Justin with the capital and the resources required to assist him in growing the Seattle office in the coming months and years,” said Bridge CEO Steve Poulos.

As head of the Northwest region, Justin Carlucci is responsible for Bridge’s acquisition and development activities throughout the states of Washington and Oregon. Formerly with DCT Industrial, Carlucci has been involved in industrial real estate acquisitions and development totaling more than 7 million square feet of industrial real estate with a value in excess of $900 million over the past 10 years.

Justin is a graduate of Syracuse University where he holds a law degree and MBA. He received his Bachelor’s degree from Manhattan College. Justin is a member of the Washington State Chapter of NAIOP.

“I’m excited to join Bridge, one of the most active and nimble industrial developers in the U.S. Bridge has the experience and financial wherewithal to close on, and develop, the most complex opportunities.” Carlucci said. “The Seattle and Portland areas have a number of projects that Bridge is uniquely qualified to acquire and develop.” 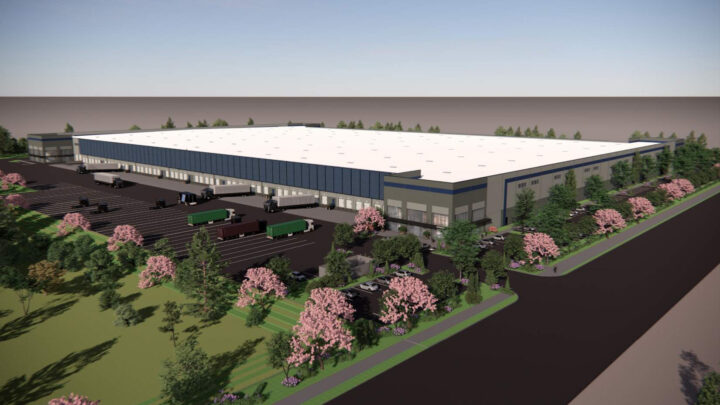