Working alongside municipal and regulatory agencies, Bridge is set to convert environmentally-challenged South Bay site into a state-of-the-art industrial development

LOS ANGELES (November 02, 2021) –– Bridge Industrial (“Bridge”), a privately-owned, vertically integrated real estate operating company and investment manager, today announced that it has completed the entitlement and groundbreaking of a 7.6-acre site in the South Bay submarket, which will serve as the future home of Bridge Point South Bay VII.

The development — located at 1355 Sepulveda Boulevard in the City of Los Angeles (Torrance PO), California — will be comprised of a single state-of-the-art industrial building measuring 174,211 square feet. The building will be divided between 164,567 square feet of warehouse space and 9,644 square feet of ancillary office space.

To rehabilitate this dilapidated site and commence construction of South Bay VII, Bridge leveraged its wide-ranging expertise in entitlement and environmental remediation. Following the completion of the entitlement process in partnership with the City of Los Angeles, Bridge commenced demolishing the existing structure on site and conducted a cleanup of the abandoned oil wells sprawled across the property. Through the process of oil well reabandonment — in which one seals and secures each former oil well to ensure leak prevention — Bridge has established a site that is safer for the surrounding community and suitable for future development.

“The presence of these oil wells throughout Los Angeles County present a unique development challenge, which the Bridge team is expertly positioned to solve,” said Brian Wilson, West Region Partner at Bridge Industrial. “Working hand-in-hand with the state’s geologic energy management division and the City of Los Angeles and the Los Angeles Fire Department, we were able to raise the feasibility of the land to standards that facilitate its highest and best use. Bridge’s redevelopment of this untended site presents a strong opportunity to drive economic growth in the region, and we look forward to moving forward on similar projects in the region that will allow us to showcase our expertise giving new life to underutilized land.”

Upon completion, South Bay VII is set to feature amenities including 163 parking spaces, 21 dock-high doors, and a single level with mezzanine and 36-foot clear height.

The facility will offer prospective tenants a premiere location in the highly constrained and port complex adjacent South Bay submarket, which features the nation’s lowest vacancy rate below one percent. Bridge Point South Bay VII is situated in Los Angeles’s Harbor Gateway with direct access to the six-lane major roadway Sepulveda Boulevard, which runs along the south of the project site and immediately accessible to Interstate 110.

“We are eager to deliver a superior project on a strategically located site that would have presented an almost insurmountable challenge for other developers with less experience in the degree of remediation that South Bay VII required. Now that the safety of the property is established, we look forward to bringing this modern, state-of-the-art offering to market,” said Kevin Finnegan, Director of Acquisitions at Bridge Industrial. “We’re confident that this project will meet the demand for last-mile and next-day delivery in the Los Angeles region, and that top-tier tenants will continue their flight to quality industrial destinations in this well-positioned, supply-constrained area.”

Bridge is expected to deliver South Bay VII in Q4 of 2022. John Schumacher, Bret Quinlan, and Brian Held of CBRE will serve as the leasing brokers for the project.

For Bridge, this project marks the latest in a slew of successes in the South Bay submarket and throughout the state of California. Since the opening of a regional office in 2015, the firm has acquired and/or completed development on over 10 million square feet of Class A industrial product reaching from the LA Basin and into the Inland Empire in Southern California, as well as the Bay Area in Northern California. 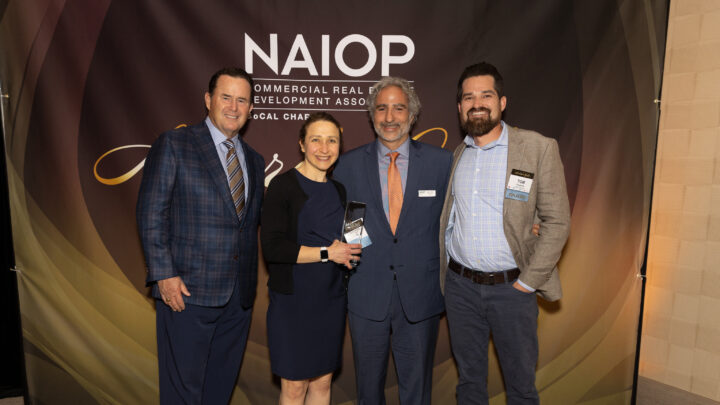