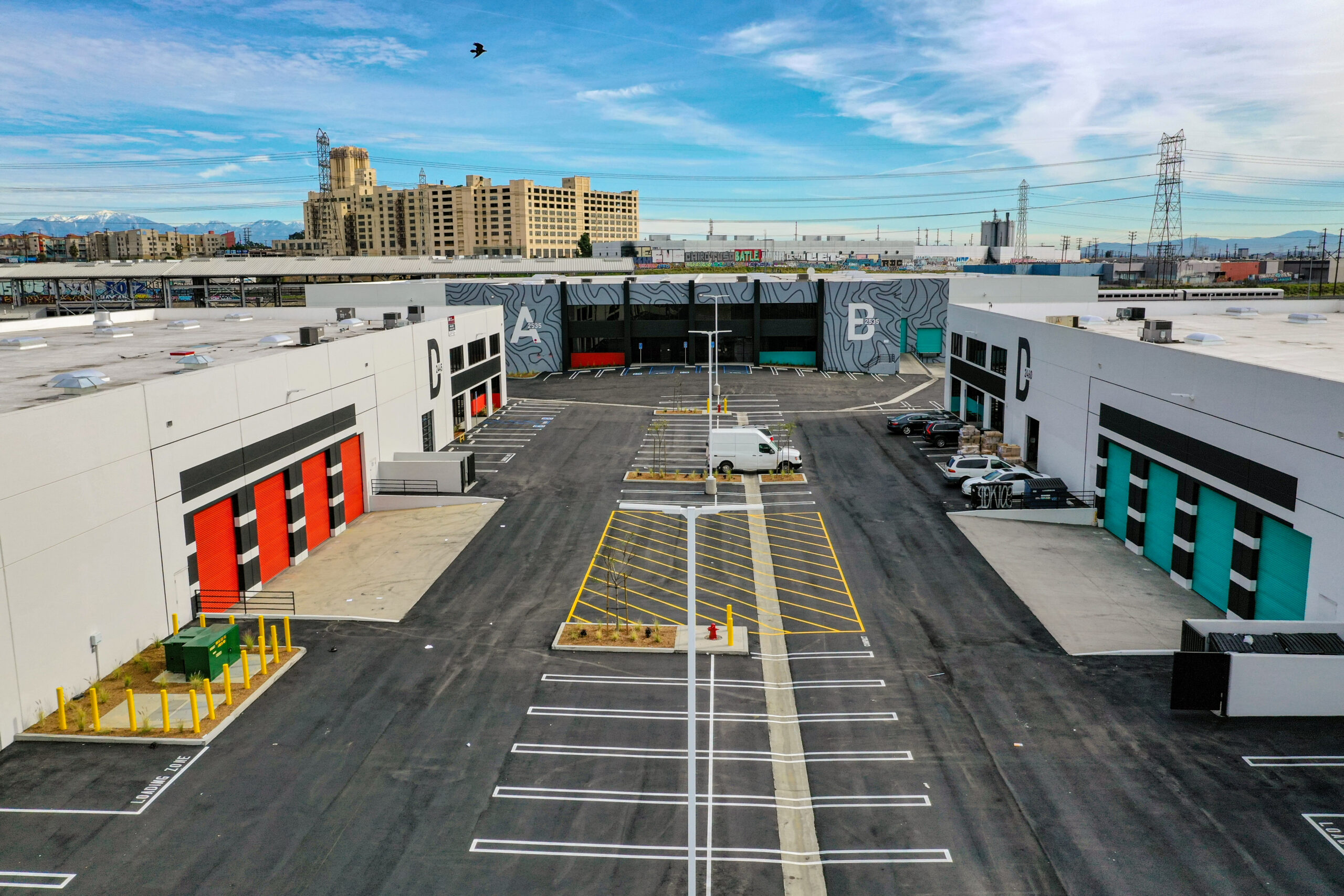 Bridge Development Partners, LLC announced that it has completed an expansive renovation of the ‘The Boxyard’, a 261,528-square-foot, 11-unit industrial property located at 2445 East 12th Street in Los Angeles, California.

Bridge acquired The Boxyard in January 2019 with the vision to redevelop the campus into a unique, destination industrial asset within Los Angeles’ Arts District. To achieve this vision, Bridge has spent nine months and invested approximately $4 million in significantly enhancing both the exterior and interior of The Boxyard DTLA. Interior improvements include upgraded office finishes, such as new lighting and staircases, as well as enhanced warehouse finishes, such as new bright skylights, LED lighting and warehouse air circulation fans. Exterior improvements include new paint, enhanced wayfinding signage, upgraded landscaping, enhanced site lighting, a new entrance to the park, refreshed parking areas and improved site security. The business park now has a brilliant new contemporary identity.

“Now that these upgrades are complete, this property has truly become a one-of-a-kind facility in the downtown Los Angeles area,” said Brian Wilson, West Region Partner for Bridge Development Partners. “This property was already unique due to its status as among the last truly industrial buildings within the sphere of the Arts District, but these new improvements will set it apart even further by attracting and providing superior workspaces for a range of forward-thinking tenants seeking a strategic location for their operations.”

“The Boxyard is unique in that it is an industrial development in the only area of Los Angeles where industrial space is disappearing. If these buildings were located north of the I-10 in the Arts District, they would have likely been converted to office, retail, or torn down in favor of a new high-rise development,” said Kevin Finnegan, Director of Acquisitions at Bridge. “This space’s location already had massive potential, and we’ve now elevated it even more by making a cool, contemporary space to accommodate the evolving needs of creative companies.”

Through the wide array of upgrades and improvements made to the property, Bridge has repositioned the Boxyard into a highly modernized workplace designed to properly equip and serve its tenants. The property sets a new standard for creative industrial assets, designed specifically to appeal to tenants in the technology and creative industries that have been flooding downtown Los Angeles and the city’s Arts District. Bridge has transformed the Boxyard into a premier destination for the many companies seeking a home base in Los Angeles.

The Arts District has become one of Los Angeles’ hottest dining and entertainment destinations.  Within one mile of the Boxyard there are dozens of new and buzzed about restaurants and bars including one of LA’s most coveted reservations, Bestia.  Eater LA named Damian, less than one mile from the Boxyard, one of the LA’s most anticipated new restaurants.

The Arts District is home to many tech and entertainment companies such as Honey, Spotify and Warner Music.  The new Soho WareHouse situated one-half mile from the Boxyard on Santa Fe Avenue, will be opening this fall featuring a hotel, exclusive dining experiences, rooftop bar and lounge, and a multitude of SoHo House-hosted events.

Mike Smith and Jim Halferty of Lee & Associates represented both Bridge Development Partners and the seller in the January 2019 acquisition of the Boxyard and will continue to work with Bridge as The Boxyard’s listing team.