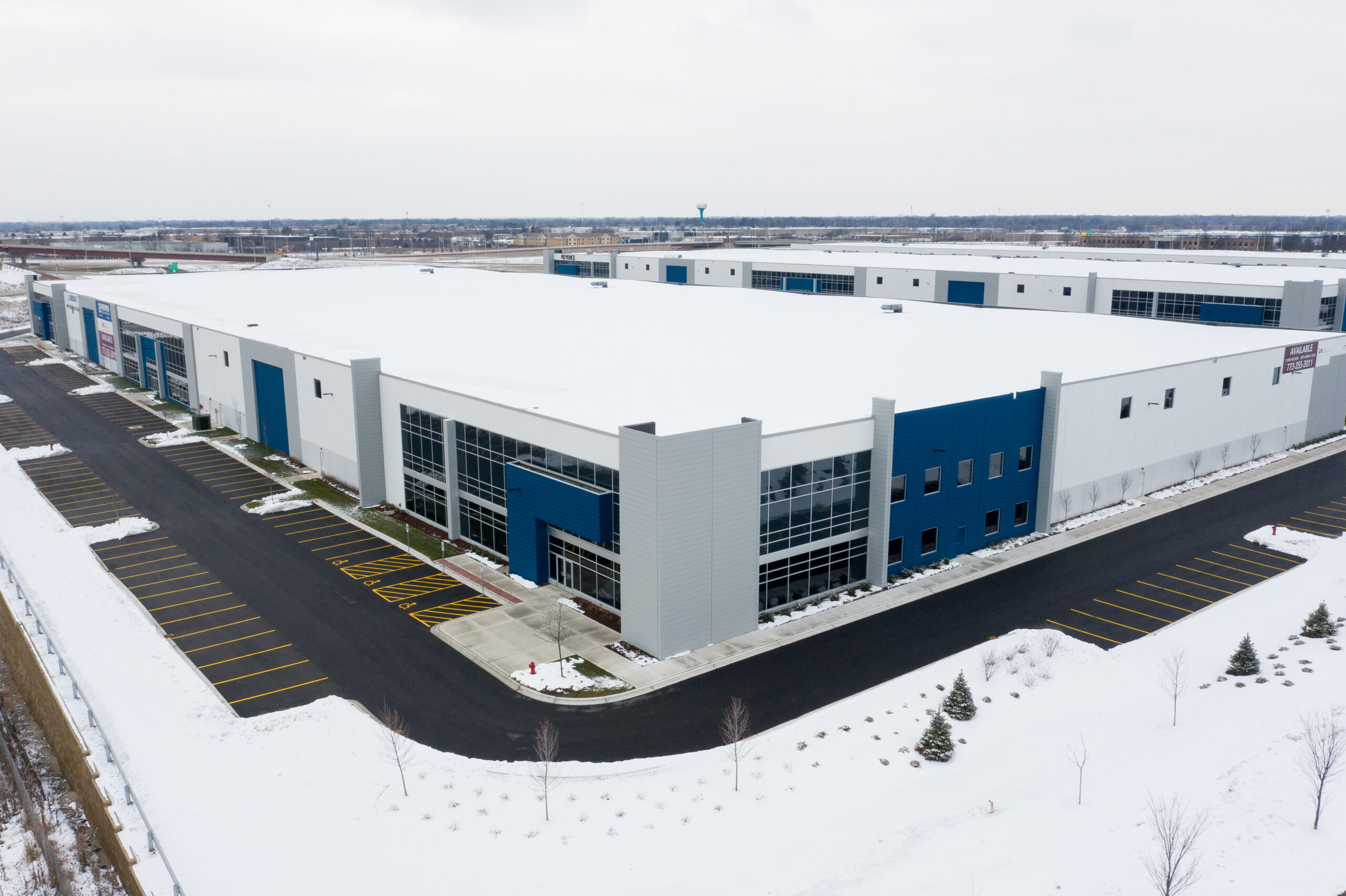 The business park will include three state-of-the-art distribution/logistics centers, measuring 248,625 SF, 247,380 SF, and 245,616 SF.  All three buildings will be designed to accommodate a single tenant or multiple tenants and will be divisible down to 25,000 SF units.  They will feature high-end glass facades, 32’ clear ceiling heights, ESFR sprinkler systems, and above standard loading and car parking. In addition to the industrial buildings on site, the development will also include more than 7 acres of land zoned for retail use along Rohlwing Road on the west.

Chris Nelson, Principal of Lee & Associates’ Illinois office, represented Bridge and its joint venture partner, Banner Oak Capital Partners, L.P., in the land transaction and will be retained to market the future buildings. The seller, Entercom Communications Corp., acquired the site in a merger with CBS Radio in November 2017. Terms of the sale were not disclosed.

Steve Groetsema, Partner, Midwest Region at Bridge, commented: “We are so proud of this acquisition, and anxious to start construction on what we believe will be the premier business park in the O’Hare market.  The benefits of this park, namely the DuPage County location west of the airport, the interstate access, and the image offered by the visibility would all make this an appealing location on their own. Offering all three in one location, with onsite retail amenities to be developed as well, makes this irreplaceable real estate in our eyes.”

Bridge Point Itasca replaces a recognizable landmark for travelers through Chicago’s west suburbs, whether via car or airplane taking off or landing at O’Hare.  For decades the site has operated as a transmitter site for WBBM radio (780 AM)/CBS Radio, and is currently home to two massive radio towers.

Entercom will remain on site for a period to decommission the towers and supplement a nearby tower that will handle broadcast duties moving forward.  Once this work is done, Bridge will demolish the towers and begin development on the business park, which will be delivered at year-end 2019.

Bridge Point Itasca represents the third notable 50-acre development site acquired in the last 12 months in the Midwest Region, joining Bridge Point Franklin Park, a redevelopment of a former petroleum tank farm along Interstate 294 just south of O’Hare, and Bridge Point Downers Grove, a site formerly slated for office towers at the intersection of Interstates 355 and 88.