After receiving site plan approval from two New Jersey municipalities for the first group of buildings of a 380-acre industrial park last week, the developer of the project is ready to start construction on the first building in about a month.

The long-awaited project, rebranded as Bridgepoint 78, will yield seven buildings, bringing a total 3.8 million square feet of industrial space to both Phillipsburg and Lopatcong, said Jeff Milanaik, partner for the northeast region of Bridge Development Partners in Parsippany, N.J.

“We have the full expectation to move dirt before Labor Day,” Milanaik said. “We are hopeful, with the ability to move soil; you will see pad ready sites by Thanksgiving.”

That’s the precursor for buildings to start rising on-site.

The park would occupy the former Ingersoll Rand property along the Interstate 78 corridor and Route 22, covering both Phillipsburg and Lopatcong.

Though Ingersoll Rand once operated a manufacturing site at the property, it sat vacant for decades, prompting many people in the community to wonder when it would return to active use.

Active site remediation is still underway on land where the phase two buildings will go up, but Milanaik is hopeful that work would be complete in the next six to 12 months.

Bridge Development helped the former owners of the Ingersoll Rand site with overall design concept for several years before eventually buying the site from them, he added.

The economy has caught up to where the market conditions for these properties give developers the ability to make these projects work, he added.

Tax credits from the Grow NJ Assistance Program also apply to the site and both towns have shown their support for the project, he added.

Milanaik said he looks at the distribution market as regional in nature. In the northern New Jersey market, including the Lehigh Valley, industrial tenants have access to about one-third of the population of the U.S.

“The Northern N.J. industrial market is one large market, according to Milanaik. 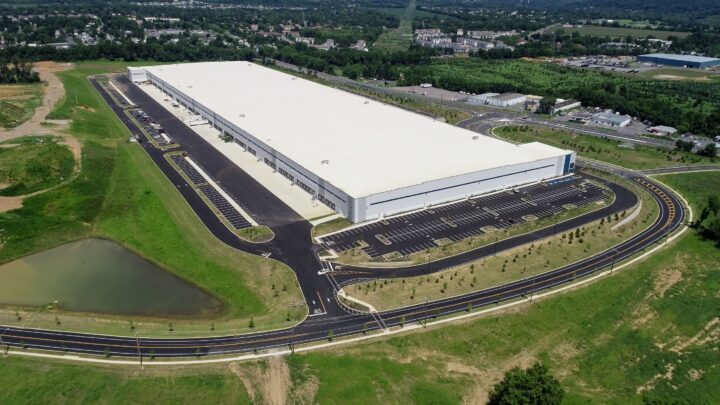